Why Do Latex Mattresses Emit An Alien Odor?

If you’ve recently purchased a latex mattress, there may likely be a faint odor when you first receive it. It’s essential to note that this scent will fade with time as your mattress is used, but if you’re preparing to move into a new home or are sensitive to odors, it’s probably better to get rid of it right away!

Fortunately, there are a few simple ways to get rid of that new mattress odor!

It might take up to two months for the fresh scent of natural latex mattresses to fade.

This is because they are manufactured with natural components, which require time to eliminate any odors from production and shipment. Allowing the mattress to breathe will speed up the process.

What emits a smell from a Natural latex Mattress?

Latex mattresses are manufactured from tree sap and are plant-based. They contain a mild scent, as do many natural goods, which are pleasant to some and unpleasant to others.

The aroma of natural latex is frequently characterized as vanilla, which makes sense given that many trees and plants contain this aroma.

The method by which a latex mattress is manufactured contributes to its odor. To begin, natural latex sap is whipped into a froth before being put into a mattress mold.

The froth is roasted in an oven to create latex foam. Vulcanization is used in this process, which cooks some of the proteins in the sap and generates a moderate odor.

The proteins are also said to be denatured during this process. This is frequently the reason why no recorded incidence of a natural latex mattress generating an allergic response has yet been reported.

Why Do Newly Bought Latex Mattresses emit a strong smell?

One of the reasons why a new natural latex mattress smells at first is because of how it is packaged and delivered.

Soon after the mattress is finished, it is packed and ready for shipment. Most manufacturers simply cannot afford to let the new mattress air out for more than a few weeks.

This implies that the natural decrease in odors that occurs when you let a mattress breathe is postponed.

This might create the impression that natural latex mattresses have a strong odor because it smells the strongest when first opened.

However, once your mattress has been unpacked, you can just let it breathe to naturally and safely eliminate the scent of the bed.

How To Reduce the Smell?

There are several methods for reducing the odor of your natural latex mattress. However, removing odors from latex foam must be done with caution to avoid damaging your mattress.

Without the use of dangerous chemicals or artificial perfumes, the natural process of airing out a new mattress will naturally and safely minimize any smell connected with your bed.

You may shorten the time it takes a mattress to air out by unzipping the mattress cover and opening the windows when you are not using the bed during the day.

Make certain, however, that no sunlight penetrates the exposed latex foam.

While natural latex is extremely resilient and may last for more than fifteen years with proper maintenance, excessive exposure to sunlight can degrade the mattress.

The extra layer will assist to mask the odor.

According to several websites, the fragrance of natural latex foam is only present in synthetic foams.

This, however, is not the case. As previously stated, to generate natural latex foam, the whipped sap must be vulcanized. This cooks the proteins in the sap, resulting in a mild but not disagreeable odor.

However, a mattress manufactured of synthetic latex would smell both stronger and worse than an organic/natural latex mattress.

This is due to the volatile organic molecules produced by the synthetic ingredients used to build this type of latex foam, which off-gas from the mattress, giving it a unique chemical odor.

VOCs not only stink, but they can also be harmful to one’s health. The United States Environmental Protection Agency (EPA) has shown that VOCs are linked to respiratory ailments.

Is this smell toxic?

The transitory odor of natural latex mattresses includes no VOCs and thus is not toxic. Natural latex foam is entirely composed of non-toxic rubber tree sap. You may relax knowing that the odors are non-toxic and not caused by the volatile organic compound off-gassing that some individuals experience with polyurethane foams and glues.

You don’t have to be concerned about hazardous gases or odors in your house; it’s perfectly safe for the entire family!

But Don’t Worry, The Smell Disappears

It’s a popular misperception that latex has a foul, lasting odor. The fact is that the transitory odor emitted by natural latex foam includes no VOCs and is thus not hazardous to your health or the environment.

The odor should diminish in about 30 days after you unzip your new mattress from its box.

It may take a few months for some people, but this only indicates that their noses are more sensitive than others!

This is easily remedied by using an additional sheet or a mattress protector. 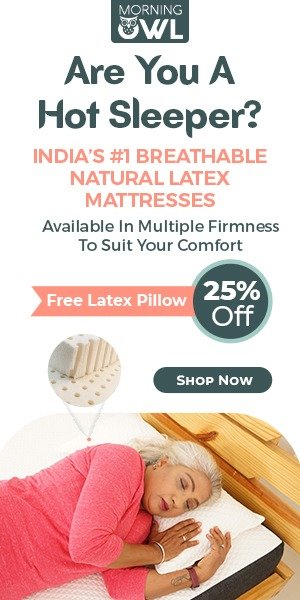 Is Latex Mattress A Good Mattress?

WHY IS INVESTING IN 100% NATURAL LATEX MATTRESSES A GREAT IDEA THIS DIWALI? LOOKING FOR THE BEST MATTRESS FOR NECK PAIN? 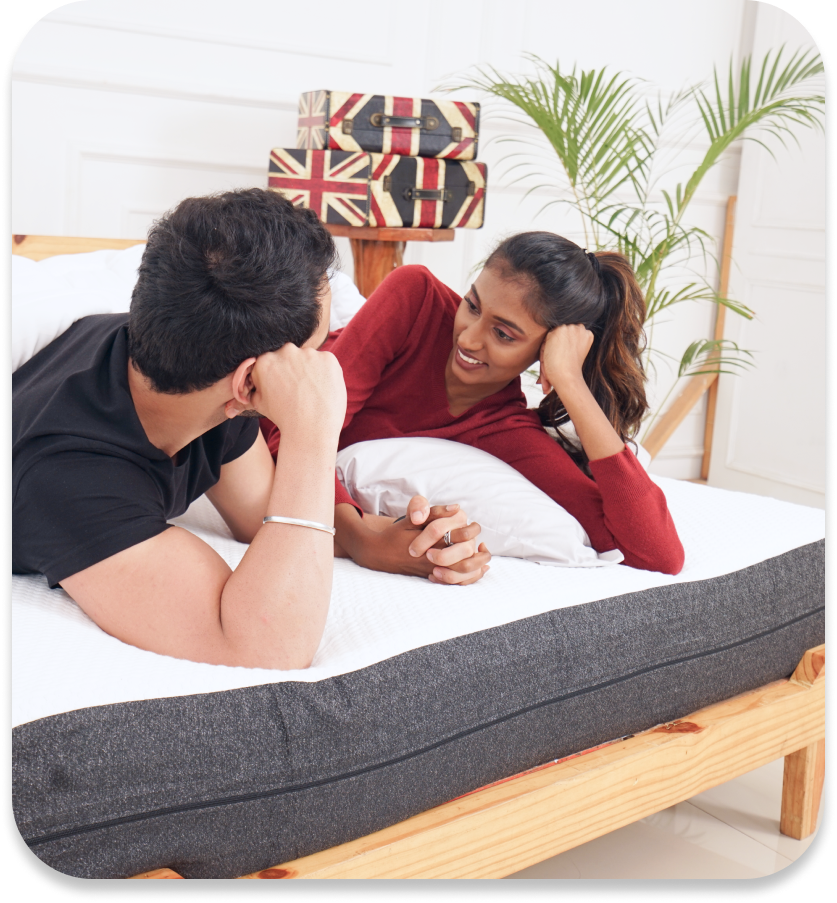 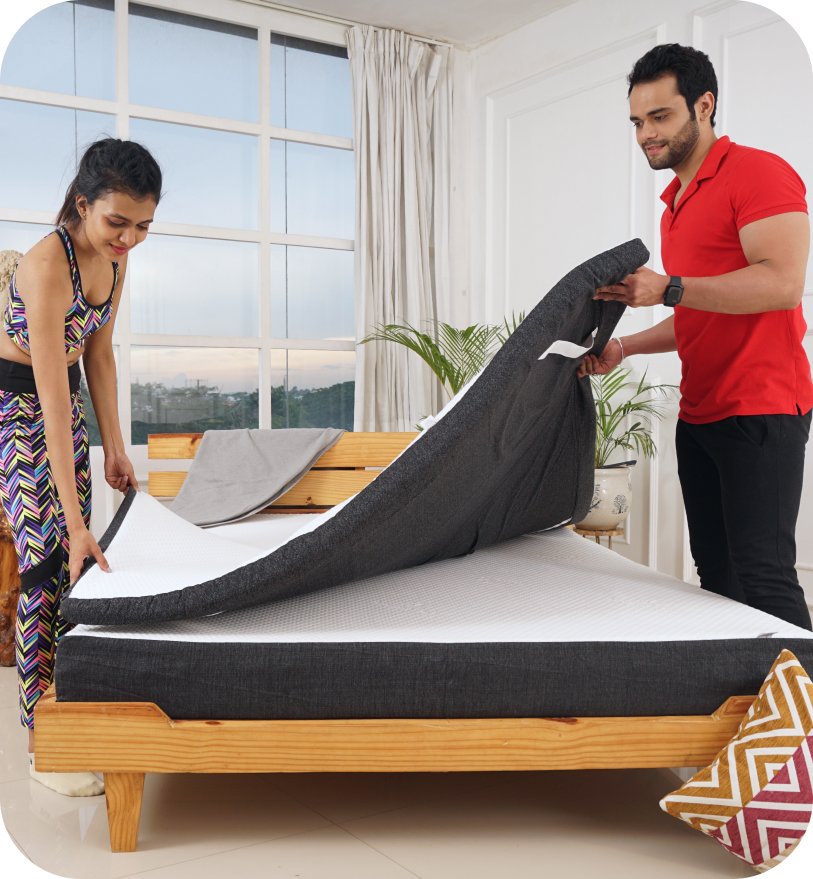 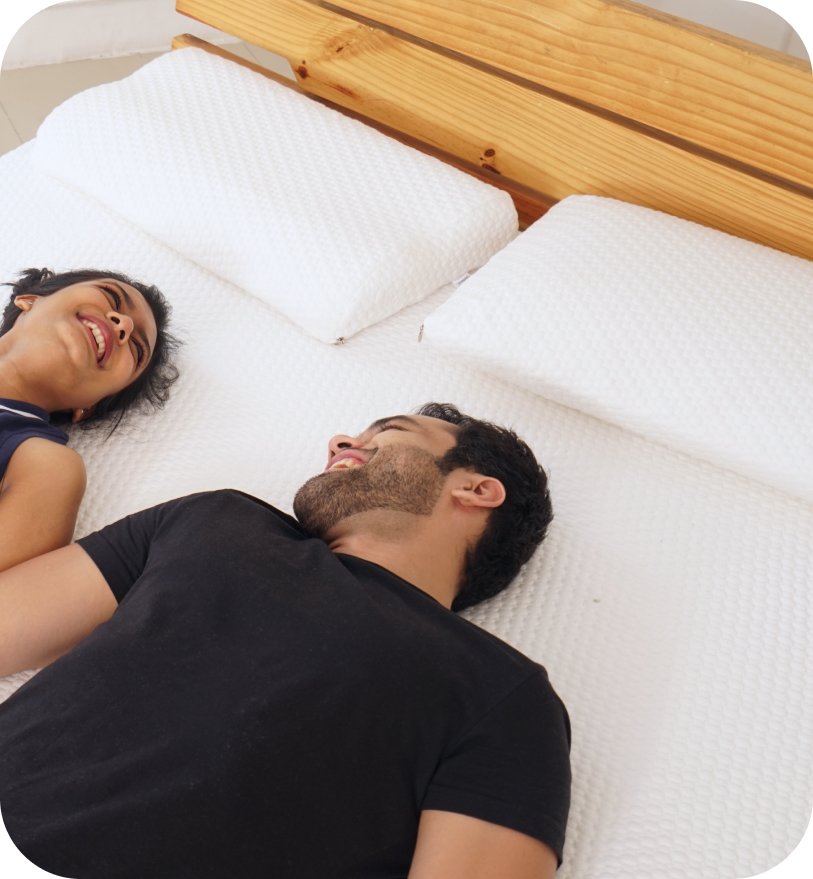